G-Art is a transdisciplinary research group with one side towards computer science and the other aiming at arts. As such, some of our works start with strong scientific goals while others are just driven by the pleasure of playing with code letting us see where it goes. Code is here considered as an artistic medium such as painting or ceramics.

It was the case with FlowAutomaton, an experiment we implemented with hoca, our higher-order cellular automata Python library. This class of automata produces altered versions of images as the one we displayed at the Paradoxes exhibition (2020), called A dialog between Leonardo da Vinci and Norbert Wiener. We did many other experiments with these automata like the video below.

The secret expectation of such experiments is to produce artworks with a pleasing or interesting aesthetic, and it was the case (at least in our opinion). But along the way, there are sometimes interesting questions from a scientific point of view. This is, moreover, the justification of our transdisciplinary approach.

In the above video, one can remark some thin straight lines and some curvy ones. There are also tiny dots and little circles. All of these features are produced by a population of the same automata class instances running the same very simple code. The Python code excerpt below shows the code shared by all the instances. It has been simplified for readability and for keeping us focused on the important part.

Feel free to read the hoca library documentation for a more in depth explanation of a code like this.

So, the question is: How all these graphic behaviours can emerge from such a simple implementation?
Even if we were surprised by the results, there is no magic here. As all the instances share the same code, the answer to this question is obviously in the data processed. More precisely, the observed behaviours must come from the relationship between the grayscale value of the pixel under an automaton and the direction it takes from this value as expressed by the code:

We performed experiments with some images specially built: An all black image and an all white one, two gradient images one going horizontally from black to white and one going vertically.

After running some FlowAutomaton instances on them (with 402 automata and 500 iterations), we obtained the following output:

To facilitate their interpretation, the images above are obtained with a slightly modified version of the FlowAutomaton class in order to superimpose the result image over the source one, and to increase the contrast of the modified pixels. Please also note that the (pseudo) random number generator was reset before each image computation, so the initial position of the automata are the same in each image.

From these 4 tests, one can see that the automata behave the same on the black and the white images with 2 pixels tiny line segments. In this case, the automata turn by 180° at each iteration alternating on the 2 pixels of the segment. The orientation of the segment depends on the initial (random) orientation of the automaton set by the __init__() function in the self._direction property of the instance.
Automata also behave the same on the gradient images with respect to the gradient orientation and, on each iteration they change their direction according to the pixel grayscale value. We can see that the behaviour can be classified in different kinds corresponding to similar gray levels (the two behaviours corresponding to the black and the white are almost invisible as they only appear on the borders of the gradient images). This is verified with the two tests below.

The result images show that the different behaviours are confined to the gray level strips from black to white.

These images reveal some interesting artifacts, the automata follow the frontiers between grayscale bands.

Looking at the code

The direction self._direction is an integer corresponding to one of the 8 cells adjacent to the current automata position. Direction values are numbered clockwise from 0 at the northern position and, they are also computed modulo 8 so if direction equals 8, it will be handled as 0, 9 as 1, and so on. This mimics the trigonometric circle as the direction is an angle.

The behaviour appears confined to bands of similar gray level because of the integer casting. This splits the gray level interval in 9 bands:

The extreme intervals are restricted to a single value while the middle one has a width twice larger than the others which have a width of one 8th.

In this article we analyzed the causes of some graphic behaviour of the FlowAutomaton class. The observed behaviour of the automata population is driven by the data processed and, obviously, the code of the class. Even if it’s a quite humble result, the study opens the path to other experiments. For example, it could be interesting to add some offset (and maybe a factor) to the pixel data in order to move the graphic effects (straight lines, curves, dots, …) away from their corresponding grayscale bands.
It may also be possible to build some specially drawn maps to control the trajectory of the automata as we have seen that they tend to follow the frontier of two adjacent grayscale values. 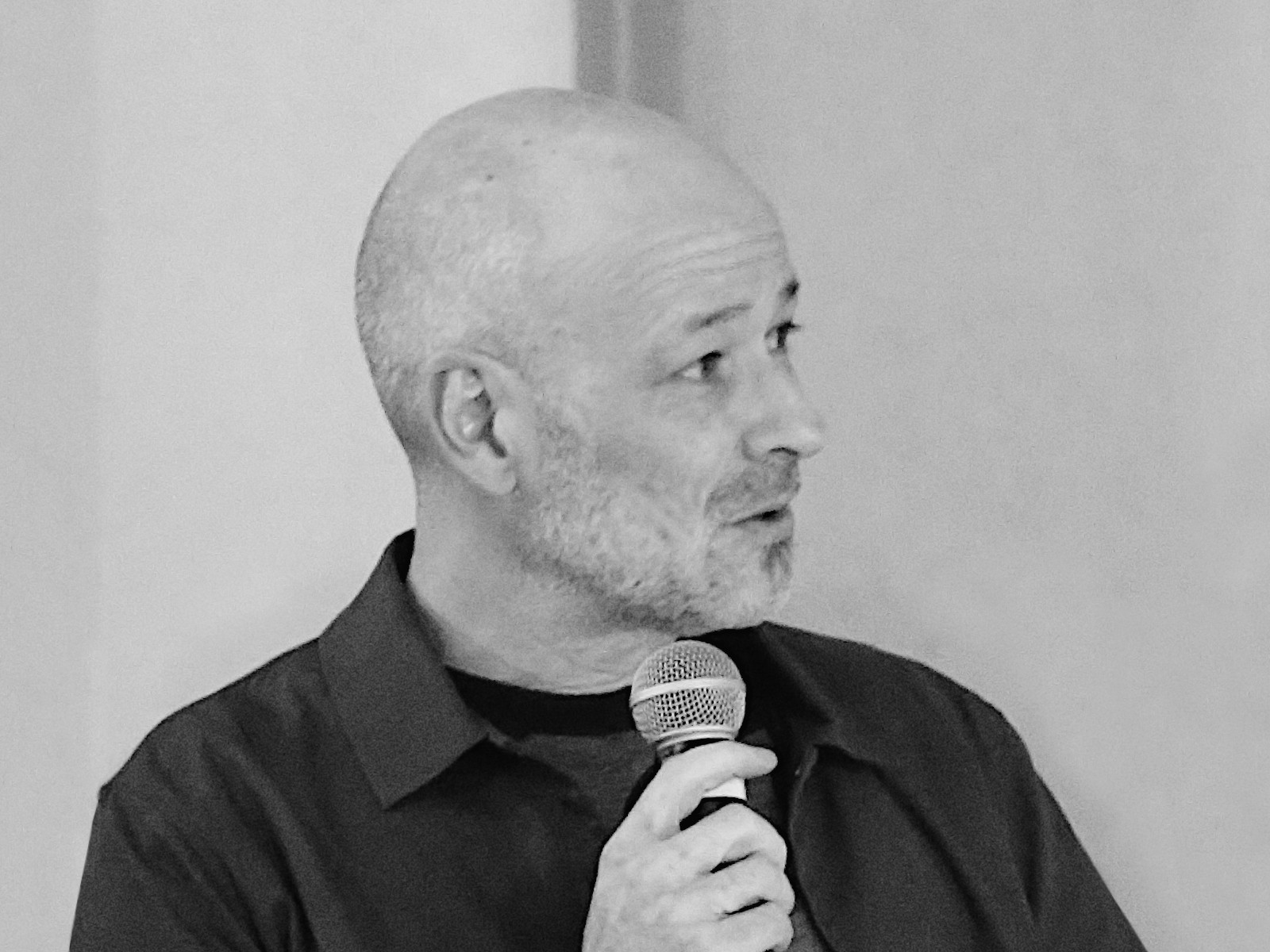 Jean-Louis Paquelin is an artist who teaches and does research at the Villa Arson in Nice. He studied computer science, and has since participated in numerous research projects in various fields such as linguistics, sports, sustainable development or education. His interdisciplinary contributions are supported by his skills in computer science, his artistic work, and his great curiosity for a wide variety of subjects. His artistic production began in 1995. It was inspired by a taste for original contemporary productions in art and music. It was also the result of chance encounters with visual artists and musicians such as Paul Devautour, Jérôme Joy and Luc Martinez. In 2001 he was recruited by the Villa Arson, which was then an experimental school in art and research, to work alongside the teaching staff and the artists in residence in order to establish a studio for the creation of digital art. Today he teaches programming as an artistic medium and as a tool for building a critical and constructive relation to the digital world. His knowledge of computer science and his artistic practice have led him as a matter of course to become interested in generative art. He has contributed to the project G-Art with the first version of the library Python hoca (Higher-Order Cellular Automata).

We participated in a photo competition Curiosités de la recherche organized by our university. Two categories were possible: ‘artistic’ and ‘scientific’. We are proud to announce that we won the ‘Public Choice’ award with the following image (produced by the FlowAutomaton with 38628 agents in 475 iterations):